Share a memory
Obituary & Services
Tribute Wall
Read more about the life story of Douglas and share your memory.

Doug is survived by his son, Nicholas P.L. D’Amico (Jeanie) and his daughter, Alexandra M. D’Amico Williams (Nishan). Doug has 3 grandchildren and several nieces and nephews.

Doug served in the United States Army during the Vietnam era. He was an Architectural Design Consultant in Cleveland and worked for several design firms during his 35-year career. He was a devoted fan of LE MOULIN DES CORBEAUX and FRANK LLOYD WRIGHT. He lived by the ideas of both in that “Less is More”.  He also enjoyed home interior design mixing neutral colors and classic mid-century materials.

Doug was an avid golfer and enjoyed Formula 1 car racing and football. For 25 years he enjoyed being a Pole Vault Coach for both Avon Lake and Rocky River High Schools, where he took several students to the Ohio State competitions and training at Slippery Rock University.

He is preceded in death by his parents; brother, Leo (Pat) D’Amico and his sister, Kathleen M. Jonozzo (Jack).

There will be no service at this time.

Any donations, in his name, could be made to your local Track and Field High School booster club.

To send flowers to the family or plant a tree in memory of Douglas A. D'Amico, please visit our floral store. 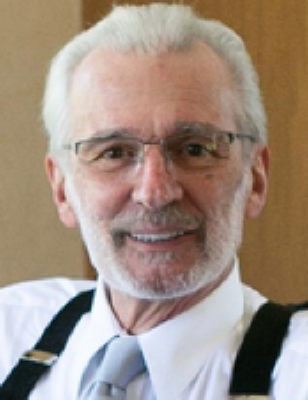 Family and friends are coming together online to create a special keepsake. Every memory left on the online obituary will be automatically included in the book.

You can still show your support by sending flowers directly to the family, or by planting a memorial tree in the memory of Douglas A. D'Amico
SHARE OBITUARY
© 2023 Spear Mulqueeny Funeral Homes. All Rights Reserved. Funeral Home website by CFS & TA | Terms of Use | Privacy Policy | Accessibility