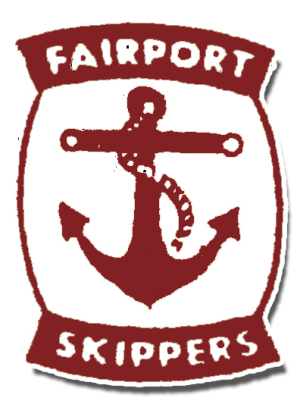 Jack D. Butterfield, Sr., age 91, of Cape Coral, FL passed away peacefully at Cape Coral Hospital on December 29, 2020 in Cape Coral, FL with family at his side.  He was born in Painesville, OH, August 10, 1929 to Joseph V. and Jane (Cramer) Butterfield.

Jack worked as an electrician at Diamond Shamrock, Uniroyal, and the Perry Nuclear Plant. He was a long-time member of Zion Lutheran Church in Fairport Harbor, having served as president of church council and had sung in the church choir for several years. Jack loved sports and was actively involved as a Fairport Harding High Football Booster, even serving as President of the Booster Club.  He also coached Midget Football and helped organize the building of the Cardina/Urbanski athletic fields in Fairport.  He was a lifelong Cleveland Browns fan and loved the Ohio State Buckeyes. Known for his boisterous shouts of support, whether following the Fairport Skippers or watching his team on television, Jack’s enthusiasm was genuine and infectious. He was a member of the Lions Club, and after moving to Cape Coral, he was active at the Tony Rotino Senior Center and participated in the Senior Olympics.  He was quite the card player and loved his pinochle.

Jack had great love for everyone in his family and they will dearly miss him. He was full of fun, had a wonderful sense of humor, and was always a good listener, giving great advice and guidance. Surviving are his 3 sons Jack (Marcie) Butterfield Jr. of Roseville, OH; Jeff (Sue) Butterfield of Springfield, OH; Dean (Pam) Butterfield of Geneva, OH; and his 3 daughters Diane Wagner of Painesville, OH; Jill (Bob) Pike of Cape Coral, FL; Grace (Craig) Miller of Cape Coral, FL; 2 brothers Gene and Robert, sister Joan Kulnane, 12 grandchildren, 14 great-grandchildren, beloved friend, Tillie Koenig, and many extended family who will miss him.  He was looking forward to the upcoming births of 3 more great-grandchildren this year.

Jack celebrated 51 years of marriage with his wife, Doris (Korpinen) Butterfield, who preceded him in death in 2002. Also preceding him in death were his parents, a brother, Dale, and a beloved grandson, Marc Wagner.

Due to COVID-19 concerns, the family will have a private graveside ceremony at the Zion Lutheran Cemetery in Fairport.  A celebration of Jack’s life will be held this summer for family and friends.  In lieu of flowers, memorial contributions in Jack’s name can be made to Zion Lutheran Church, 508 Eagle St, Fairport Harbor, OH 44077; The American Heart Association; The American Diabetes Association; or to Samaritan’s Purse, PO Box 3000, Boone, NC 28607, an organization Jack supported for years.

You can still show your support by sending flowers directly to the family, or by planting a memorial tree in the memory of Jack D. Butterfield Sr.