Share a memory
Obituary & Services
Tribute Wall
Read more about the life story of Robert and share your memory.

Robert C. Sidley, age 87, passed away November 24, 2022, surrounded by his family at Tri Point Medical Center in Concord Township. He was born December 30, 1934, in Thompson, Ohio to Robert W. and Edith (Cooper) Sidley.

Robert attended Madison High School and went on to receive his Bachelor of Science Degree in Civil Engineering from Case Institute of Technology, Cleveland in 1955.  Following college, he joined the United State Air Force and earned his wings in 1957. He served as a Second Lieutenant.  In 1958 he married Paulann Fisk from Mars, Pennsylvania and they were married 64 years until they left this world together.    He was a member of St. Mary Catholic Church in Painesville.

He was preceded in death by his parents; brother, Joe Sidley; sisters, Jan Sidley and Carolyn Martin.

As CEO of R. W. Sidley, Inc he served the family business for over 44 years. Even beyond his retirement in 2002, he continued to work for his father’s company for many more years.

His first community involvement was with the Lake County Fair Board, when he finished his father’s term in 1961.  He was a director until 2009, when he became director emeritus.  He served as president for 8 years (1965-1976).  Robert was also active in the Ohio Ready Mix Concrete Association, was on the Board of Directors and served as president from 1986-1988.  He was also a member of the Young President’s Organization.  In 2022 he received the Ohio Concrete Association’s William R. Feltz Lifetime Achievement Award.  He also served as a director for the National Ready Mix Association.

His involvement in the standard bred horse business was monumental…statewide, nationally, and internationally.  As president of the Ohio Harness Horsemen’s Association from 1975-1977, he was responsible for growing the organization.  Nationally, he was director of the United States Trotting Association for over 30 years, and he also served as their treasurer for over 15 years.  Internationally, Robert served as president of Harness Horseman International from 1980 -1983, and in 1983 he was named their “Man of the Year”.  He received many Hall of Fame awards, Madison High School in 1999, Ohio Harness Racing in 2003, Northfield Park in 2007, Lake County Fair in 2010, and Ohio Fair Managers in 1999, just to name a few.

In 2003 Robert received the Dr. John P. Stevens Humanitarian Award; the City of Painesville honored him as Citizen of the Year in 1997, and he also received the President’s Award from the U. S. Trotting Association in 2010.

Over a 50-year span, Robert was the breeder of 597 horses.  Since 1972, he and his wife, Polly, owned and operated Northern Farms in Painesville.  He enjoyed racing his prodigies at county fairs and racetracks in Ohio, Pennsylvania, New York, and Indiana.

Family and friends will be received 3:00 PM – 8:00 PM on Friday, December 2, 2022, at Spear Mulqueeny Funeral Home, 667 Mentor Avenue, Painesville, Ohio.  The funeral service will be held at 10:00 AM, on Saturday, December 3rd, at St. Mary Catholic Church, 242 North State Street in Painesville.  Burial will be in Riverside Cemetery.

To send flowers to the family or plant a tree in memory of Robert C. Sidley, please visit our floral store. 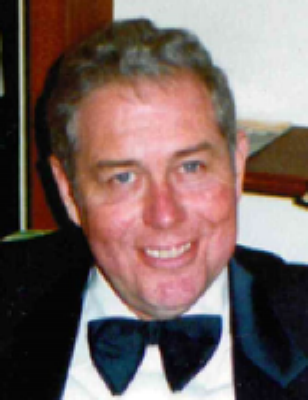