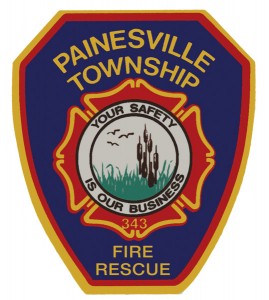 Steven P. Kallay Sr., age 67, of Perry, formerly of Painesville Township, passed away peacefully with his wife and son by his side, August 27, 2021, at West Medical Center in Willoughby.  He was born May 4, 1954, in Painesville to Joseph and Mary (Minniti) Kallay.

Steven was a firefighter for Painesville Township for over 36 years.  He started out as part-time and was one of the first full-time firefighters hired by the township.   After he retired, he went to work for Home Depot and was there 11 years.  He also worked on the freighters on Lake Erie from 1973 – 1974 and the Lake County Engineer’s Office, Road Department Division.

Steven was a 1972 graduate of Riverside High School and was a member of Pilgrim Lutheran Church.  Steven enjoyed spending time with his grandsons, watching their sporting events, hunting, and perfecting his beautiful yard and landscape.

He was preceded in death by his father, Joseph Kallay Sr.; sister, Rosemary Kallay; mother and father-in-law, Edward Sr. and Betty Ball.

In lieu of flowers, the family suggest contributions be made to the James Garofalo Memorial Scholarship Fund, c/o of the Perry Township Fire Department, P. O. Box 439, Perry, Ohio 44081 or to Pilgrim Lutheran Church.