Share a memory
Obituary & Services
Tribute Wall
Read more about the life story of Steven and share your memory.

After graduating from Harvey High School in 1942, he went on to serve in the United States Army during World War II.  After the service, he worked for Diamond Shamrock from April 1942 until it closed in December 1976, and at Lubrizol in the 80’s before retiring in 1983.

Steve led a full, happy, and busy life. After his retirement he was actively involved in the retirees club serving as secretary for many years.  He served as President of the Harvey High Booster Club for many years and was a member in the Eagles, Moose, VFW, and the American Legion. He was a Master Mason in the Masonic Temple.  He was a past consistory member of the Hungarian Reformed Church.  In addition, Steve was a lifetime member of the ELKS Club #549, where he was awarded Elk of the month and Elk Officer of the year.

Steve enjoyed bowling and was a member and officer of many bowling leagues through the years. He spent many years supporting his sons in Painesville Little League where he was a coach, umpire, and manager of the Athletics.  Steve had his “15 minutes of fame” when he sang with Marie Osmond at the Lake County Fair.

Steve enjoyed dancing, golf, bocce, playing ball, and spending time with his children and grandchildren.  He enjoyed watching the Cleveland Indians (Guardians) and Browns and most importantly cherished all the trips and time spent with his wife of 73 years Anita.

Special thanks and appreciation to his care providers from Cypress Hospice, Care Your Way, and MR Cleveland.

In lieu of flowers, donations in Steve’s memory may be made to the Hungarian Reformed Church, 601 Plum Street, Fairport Harbor, Ohio 44077.

To send flowers to the family or plant a tree in memory of Steven N. Reho, please visit our floral store. 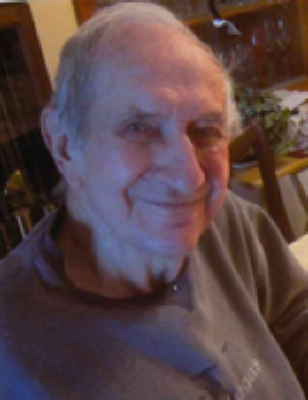